That’s right the much awaited Dilwale trailer is here! Of course as I am sure, everyone is super-excited to see SRK and Kajol on-screen after their last film in 2010, My Name Is Khan. Monday 9th November 2015, Red Chillies Entertainments Pvt Ltd and Rohit Shetty Productions unveiled the Dilwale trailer in Mumbai along with fans and media. Director Rohit Shetty was present at the event along with the entire cast of the film – Kajol, Shah Rukh Khan, Varun Dhawan, Kriti Sanon, Varun Sharma, Johnny Lever, Boman Irani and Sanjay Mishra. Far from being a conventional trailer launch, the evening saw the cast display a host of modified designer cars, a concept integral to the film.

At the event Rohit Shetty said, “The great response that we got from our association after Chennai Express, Mr. Khan and me wanted to gift our audience something special. Dilwale is not just an another film for me and my team but a soulful journey that’s being helmed by courageous hearts to create magic on screen.”

Shah Rukh Khan said, “Dilwale was a wonderful filmmaking experience and the results will show on screen. Never enjoyed myself more while shooting for a film, right from reuniting with Kajol after a long gap to shooting the heavy duty action sequences, it was all a delight. I’m glad to be sharing the trailer with you guys as it will give you a perfect taste of the fun family film that Rohit Shetty has made!”

Kajol said, “Dilwale is an extremely special film. Not only for what it offers but also because of the people I have worked with here. I had a great time working on the film most specially with Shah rukh and of course Rohit as well and I think everybody is gonna have a great time watching it as we had a great time making it.”

I personally look forward to forward to seeing Kajol and Shah Rukh Khan within a Rohit Shetty “environment”. Based on the trailer, we can see Shah Rukh Khan’s “don” style avatar come through and his romantic side too, where I am sure he will make us swoon as always! It is great to see Johnny Lever in the film cast, along with the versatile Boman Irani. It will be interesting to see the new kid on the block, Kriti Sanon and Varun Dhawan’s on-screen dynamics with Shah Rukh Khan and Kajol. Dilwale is a family entertainer with a blend of action, romance and comedy. The music of the film is composed by Pritam and most importantly the film will release on 18th December 2015! 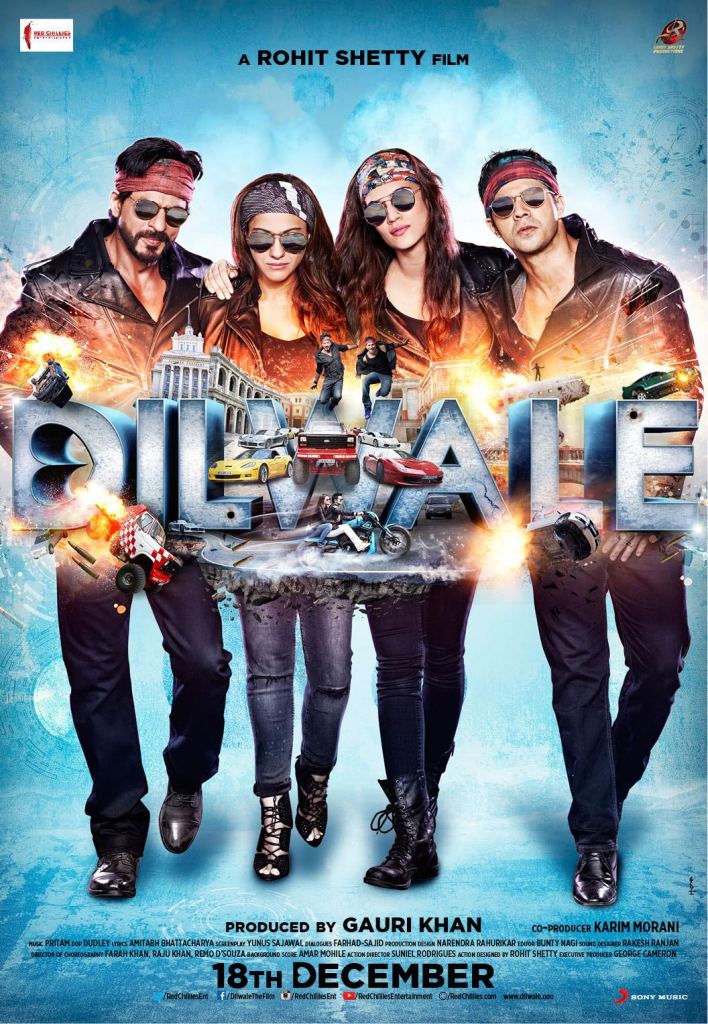 What did you think of the Dilwale trailer? Tweet us at @LondonKiLadki.