The art and aesthetic behind Indian cinema was presented at BollyGoods Edition 2, made its debut in London on 2nd May 2016 at The Dorchester, Mayfair. The exhibition of was founded by Delhi entrepreneur Promila Jain Bahri; hosted in the UK by fashion and lifestyle influencer Shivani Ahluwalia; and inaugurated by Gauri Khan – Indian film producer; co-founder of film production and distribution company, Red Chillies Entertainments and interior designer. BollyGoods Edition 2’s official charity partner was The British Asian Trust, who focus on South Asia, their programmes work to improve the quality of education and training to support livelihoods, highlight the urgent need to combat child trafficking and to break the silence about mental health issues.

BollyGoods Edition 2 presented the collections of fashion designers, jewellers, couturiers and artists who cater to the world of Indian cinema, including prêt collections by red carpet favourites Gauri & Nainika and Manish Arora. 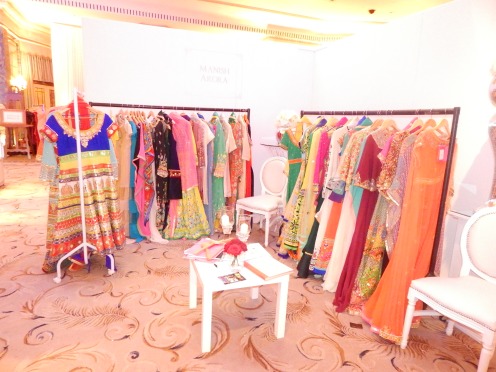 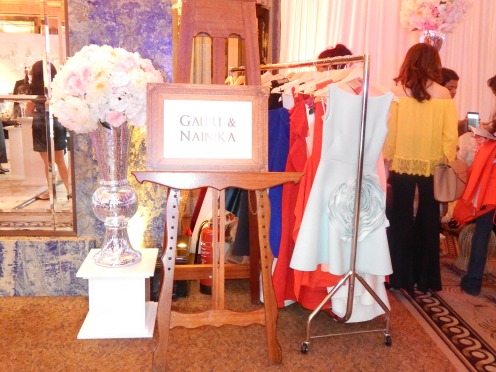 Among the jewellers exhibiting was Shri Hari Diagems by Vinay Gupta, who created the exquisite jewellery worn by Deepika Padukone in costume drama, Bajirao Mastani. Roshni Chopra, actress, television presenter and now designer who a snippet of their next collection (can we mention we were extremely bowled over by!), while music artist Kanika Kapoor also presented her latest collection of traditional wear. UK based luxury brands O’nitaa and Red Dot Jewels who recently launched their flagship store in North-West London also showcased some of their exquisite pieces. Abha Dalmia is a hidden gem of India – they presented their contemporary collection of saris that revisits traditional Banarasi weaves. 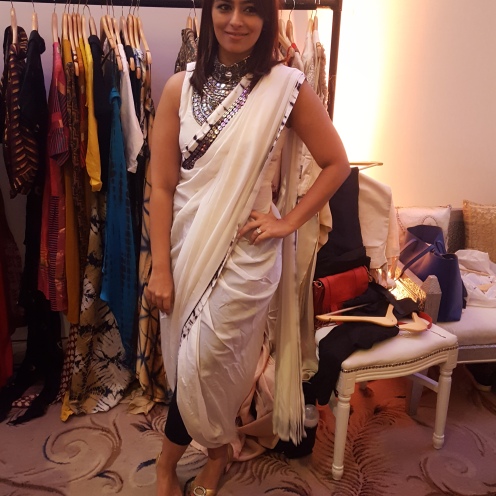 BollyGoods’ mastermind, Promila Jain Bahri. She said, “We’re delighted by the tremendous response and welcome that BollyGoods has received today in London. I wanted to celebrate and share the creativity from the celluloid world globally. BollyGoods is all about design and the lifestyle of the stars. People love Bollywood and are hugely influenced by its fashion and lifestyle. That’s what I want to share with discerning fans and, after several successful events in India, we have now brought BollyGoods to the UK for the first time.”