Setting a new benchmark on a global platform for Pakistani cinema, the romantic comedy Janaan received its’ European Premiere at London’s Cineworld, The O2 on Tuesday 13th September 2016. Janaan has already set new records in the UK. As well as being the first Pakistani film to gross the highest single day collections recorded for a Pakistani film ever in the UK, it has climbed to number 8 in the UK Box Office Top 10 after its’ opening weekend – the first time ever for a Pakistani film, which is exceptional!

Dazzling the red carpet at the premiere were Armeena Khan, Bilal Ashraf and Ali Rehman Khan. The leading stars of the film were also joined on the red carpet by other members of the cast and crew, including actress Hania Aamir, actor Usman Mukhtar, actress and co-producer Hareem Farooq, producer Imran Raza Kazmi alongside writer Osman Khalid Butt and director Azfar Jafri. 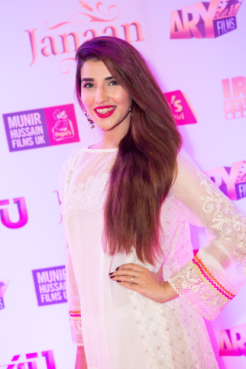 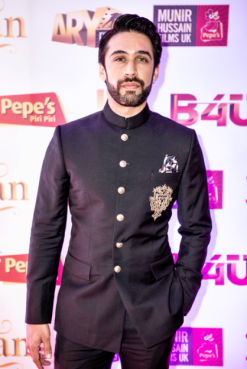 Janaan presents a witty and beloved story tale, which will take you through an emotional and beautiful journey. This was the perfect feature film to launch the Pakistani film fraternity in UK cinema screens.

Presented by IRK Films, Munir Hussain Films – UK (Pepe’s Piri Piri Group) and ARY Films, Janaan has also set a new trend for Pakistani cinema worldwide. The film has been distributed in the UK and internationally by B4U Motion Pictures, which has seen the biggest release of a Pakistani film to date across 18 territories, paving the way for a bright future for Pakistani cinema on a global platform.