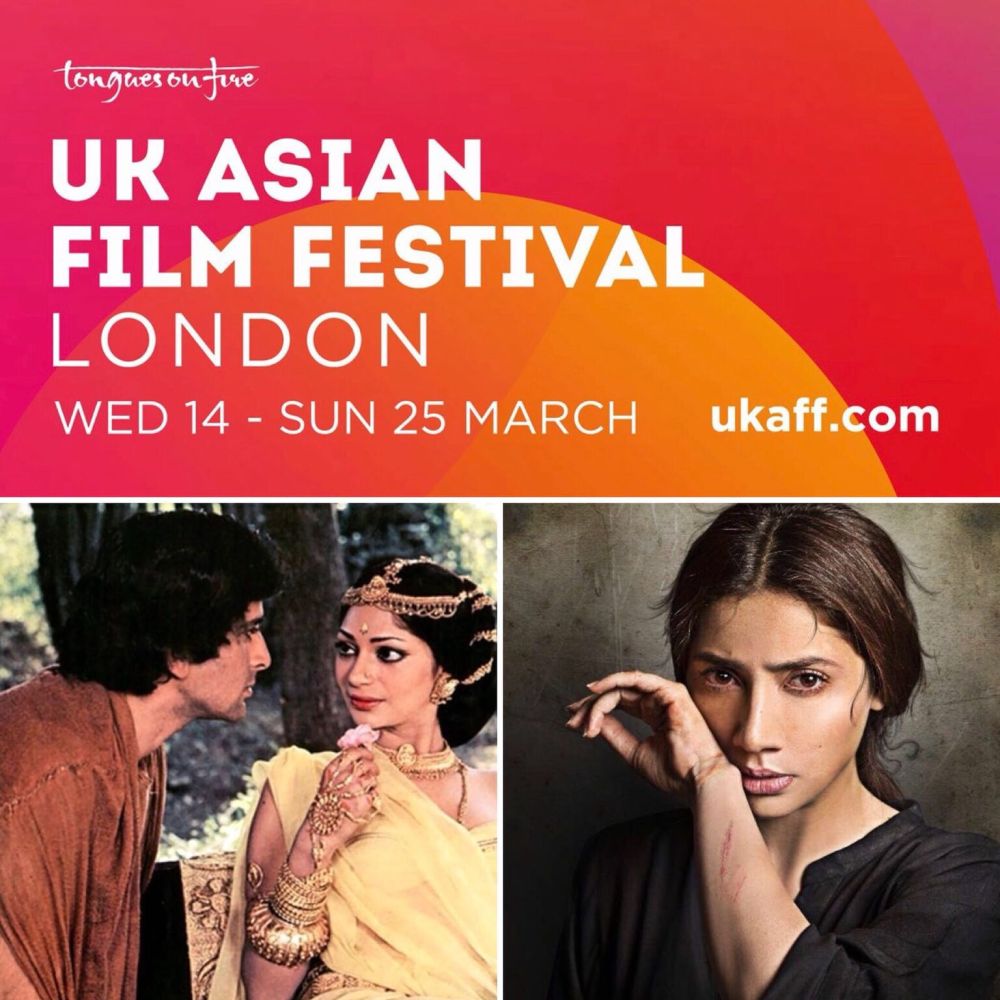 Marking 100 years of women gaining the right to vote in the UK, the theme of UK Asian Film Festival 2018 is F-Rated – known to have denoted films that have been cinematically classified as representing women on film or behind the camera and that are female-centric in subject matter. UKAFF are to host a carefully curated season of film screenings and events that celebrate female stories, talent and creatives on celluloid.

The festival Opening Gala Dinner on 14th March at The May Fair Hotel will feature an award presentation honouring female heroes that have challenged stereotypes, broken barriers and pushed boundaries to make a difference. Recipients will include broadcaster and Sophia Duleep Singh biographer, Anita Anand; and veteran Indian film actress, producer, director, and talk show hostess, Simi Garewal. One of the most atypical and avant-garde female members of the Indian and international film fraternities. Simi will lead a posthumous tribute to Indian actor Shashi Kapoor (1938 – 2017), with whom she starred in the controversial English language film, Siddhartha (1972), based on the novel by Hermann Hesse, in which she boldly featured in a nude scene – the first actress in Bollywood to do so. The film predictably faced backlash and censorship issues at the time.

The Opening Gala Dinner will also feature an In Conversation with actress Mahira Khan, Pakistan’s biggest celebrity transcending borders with a global fan base. Khan made her film debut with the critically acclaimed and commercially successful Bol (2011) directed by Shoaib Mansoor, which become one of Pakistan’s highest grossing films of all time. Khan’s recent performance in Shoaib Mansoor’s Verna (2017) garnered unanimous plaudit the world over. With the biggest social media following of any Pakistani actor, she was recently announced as the first ever Pakistani Ambassador for L’Oreal, all of her accomplishments achieved as a woman who entered the industry as a divorced, single mum, defying stereotypes and challenging the status quo.

Mahira Khan will be conducting a Q&A with audiences at Phoenix Cinema, Leicester on 15th March and at Regent Street Cinema, London on 16th March, following a screening of social issue film, Verna. Synonymous with female-centric films that hold a mirror to the injustices of contemporary society, director Shoiab Mansoor’s latest feature boldly tackles the issues of rape, misogyny and the position of women in Pakistani society and culture. Due to its difficult yet deeply relevant subject matter, the film faced severe pushback from the Pakistani censor board prior to release.

The Opening Film on 15th March at Regent Street Cinema is Devashish Makhija’s Ajji (Granny) (2017). The Hindi-language, social drama revolves around an elderly woman, fondly known as Ajji, who finds her nine-year granddaughter dumped in a trash heap after having been assaulted near her slum. What follows is a bloody quest for revenge and an exploration into the horrors of toxic masculinity and how the disadvantaged are denied justice at the mercy of the corrupt police and those in power. Ajji exposes the cold, brutal realities of the world we live in and presents us with the most unlikely of saviours to challenge the status quo and seek justice. The screening will be followed by a Q&A with director Devashish Makhija.

Dr. Pushpinder Chowdhry, Festival Founding Director says, “We are delighted to be celebrating the festival’s 20th anniversary by expanding nationally and giving audiences across the UK the opportunity of engaging with our programme of screenings, guest talks and events with a strong, feminist theme. From its inception, the festival has always championed gender equality in cinema, launching 20 years back at a time when there was but a handful of Asian women filmmakers and the scope of female roles was restricted to women of a certain age, confined to certain archetypal parameters. We are finally seeing a shift in this, as women continue to create a space for themselves in South Asian cinema, redefining and expanding their roles both in front of and behind the camera and on their own terms. We continue to celebrate those achievements with a rich showcase that represents the ever-evolving contributions and representations of women to cinema.”